We are committed to being the "Supplier of Choice" by providing the highest level of performance through the implementation of safe, professional and innovative products and services.

Air Drilling Associates - one of the largest providers of managed pressure, underbalanced and air/foam/aerated fluids drilling services to the petroleum and geothermal energy industries.

The company was founded in 2002 by Chaman Malhotra, Tom Ramsay and Don Wells, the former owners of Air Drilling Services, (ADS).  It quickly became a leader in the markets where it operates, i.e. SE Asia, the Middle East, Asia-Pacific region and in North and South America

The company is led by an experienced management team while the equipment inventory is on average less than five years old.

All this is backed up by our strong commitment to quality, safety, health and the environment through adherence to the strictest regulatory requirements.

The equipment service packages provided by Air Drilling Associates operate as stand-alone, self-sustaining operations that are stocked with abundant spare parts and redundancy in mind.  We operate in some of the most environmentally diverse and remote areas of the world such as in the freezing Canadian winters, the scorching deserts of Algeria and northern Iraq and the humid jungle highlands of Papua New Guinea.

Our API Q1 & Q2 certified manufacturing and service company is committed to the success of our clients’ wells.

An overview of some of the milestones achieved… Diederik Zwager established the international division and the first international contract was obtained for foam drilling operations in the jungle highlands of Papua New Guinea. This contract is still ongoing. The first air package had to be air freighted in from the US to meet the spud date of the first well.

Won an initial 8 month contract for aerated fluids services in New Zealand. This was extended numerous times and eventually ran for nine years. 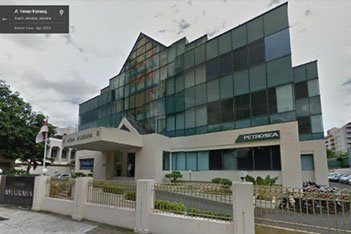 Started up aerated drilling services projects for clients in Iceland, Indonesia and the Philippines. With four geothermal clients we had obtained most of the market share at that time.

Established our Indonesian subsidiary, PT Air Drilling which was housed in the PetroSea building on jalan Taman Kemang in Jakarta. 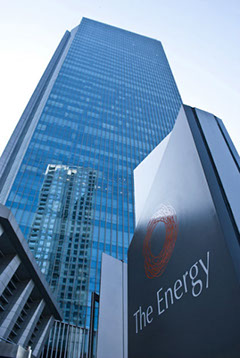 Awarded a significant contract for up to seven air packages in several geothermal fields on the islands of Java, Sumatra and Sulawesi.

PT Air Drilling moved to the current premises on the 10th floor of The Energy building in Jakarta. A yard was also set up in Sentul. 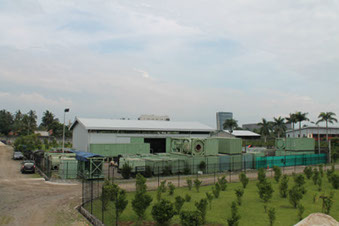 Steady despite the crisis

The financial crisis in the United States resulted in a sharp reduction in the US gas price and thus the drilling activities there. The international business however remained unaffected and even experienced a small increase. 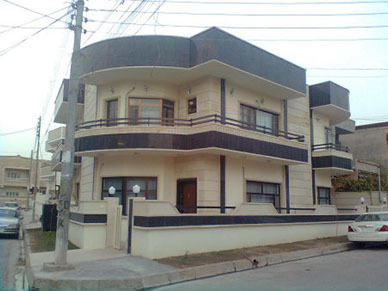 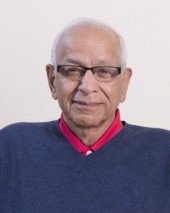 Mr. Malhotra graduated in 1959 in Geological Engineering from the South Dakota School of Mines and Technology. After breaking into the oilfield at RL Manning Drilling Company (1959-1961) he joined Air Drilling Services (ADS) in 1961 as Field Supervisor and pregressing to company President. In 1999 he sold the company to Dailey Services which was then subsequently taken over by Weatherford, at which point he briefly retired. Then in 2002 he founded Air Drilling Associates with Don Wells and Tom Ramsay, where he led the company as Chairman and CEO. In 2018 he retired as CEO and remains now involved in the company as Chairman. 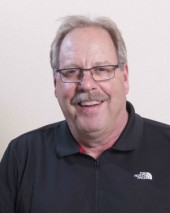 Donald Wells is President of Air Drilling Associates, Inc. and has over 40 years of experience successfully developing, managing, and operating air drilling businesses. Donald began his career in 1974 with Air Drilling Services, Inc. where he was a key player in selling, setting up, and overseeing air drilling projects in countries throughout Europe, the Middle East, South East Asia, and South America. In 1998, Donald joined Weatherford, Inc. where he was in charge of operations for the Weatherford Under Balanced Drilling Group which included Air Drilling Services, Alpine Services, INS Nitrogen Services, and Tesco Assets operating in the United States. Donald is a co-founder of Air Drilling Associates, Inc. and has been instrumental in expanding and implementing the Company’s domestic and international operations. 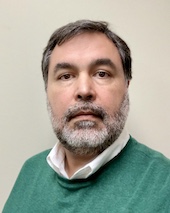 Eduardo brings over thirty years of finance experience, out of which twenty-two have been in the oilfield services industry with Schlumberger, the leading oilfield services company in the world, where he held different key financial positions including Controllership, Treasury and Tax. As the IPM Controller he contributed to the successful bidding and management of over 7 integrated project contracts in Mexico, with different business and contractual models; as Controller of Latin America South several procedures were implemented as part of the roll out of new systems; as Treasurer for Latin America he lead with JPMorgan Chase the syndication of over $600 million USD for the financing of the first project financed integrated project in the north of Mexico. Diederik set up and developed ADA’s international business in Southeast and Australasia, Europe and the Middle East, that led to ADA becoming the largest provider of aerated fluids drilling services to the geothermal industry. Diederik also initiated the process that led to the merger with Reform Energy Services that led to ADA becoming a top three managed pressure and underbalanced drilling services provider, as well as the alliance with RMES to build offshore marine RCD's. He established local subsidiaries and hired all key management and senior field staff. Diederik graduated in 1994 with a Master of Science degree in Petroleum Engineering from Delft University of Technology, the Netherlands. He currently resides in Dubai Maytham extensive experience in MPD, UBD, Aerated, Foam drilling, and knowledge of unconventional methods needs of the industry, help him to be key personnel in expanding ADA activity throughout Middle East, North Africa, and Russia since 2016, Maytham graduated in petroleum engineering & currently hold a position of Regional operation & engineering manager of MENA, Central Asia, and Europe. 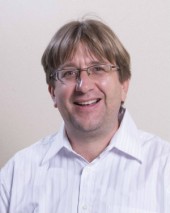 Torsten Scherl, born in former East Germany, joined Air Drilling Associates in January 2009 as Director Operations. He is based in Jakarta and responsible for the daily Operation in Asia Pacific. Torsten completed his apprenticeship as Machine Builder in 1989, soon after immigrated to West Germany where he completed a College Degree as Mechanical Engineer in 1994. In pursuit of an MBA Degree he completed a post-graduate program in 2002 and his BBA in 2005. In 2008 he completed his Master Degree at the University of Maryland USA. Brent has extensive Energy Industry experience and vast knowledge of the oil and gas service sector. With a proven track record of excellence in field and office operations and executive management spanning over 30 years, Brent fully understands the specific needs of our clients. His “hands on” approach greatly benefits both our client companies as well as our organization, as he has held a variety of roles over the course of his career including on-site work in the field as a well testing and under balanced drilling supervisor, senior supervisor, and project manager before moving into management and executive management roles with Reform Energy Services.

Air Drilling Associates was established in 2002 by Chaman Malhotra and Don Wells, respectively the former CEO and Operations Manager of Air Drilling Services (ADS). Before ADS was sold to Dailey Drilling Services in 1999, it was the largest air drilling company in the world with operations on every continent. With more than 30 years of air drilling experience, Don Wells, who is now the President of Air Drilling Associates, has set up most of ADS’ international projects in countries such as Guatemala, Indonesia, Italy, Kenya, Papua New Guinea, Spain, Syria, Thailand, and the list goes on. 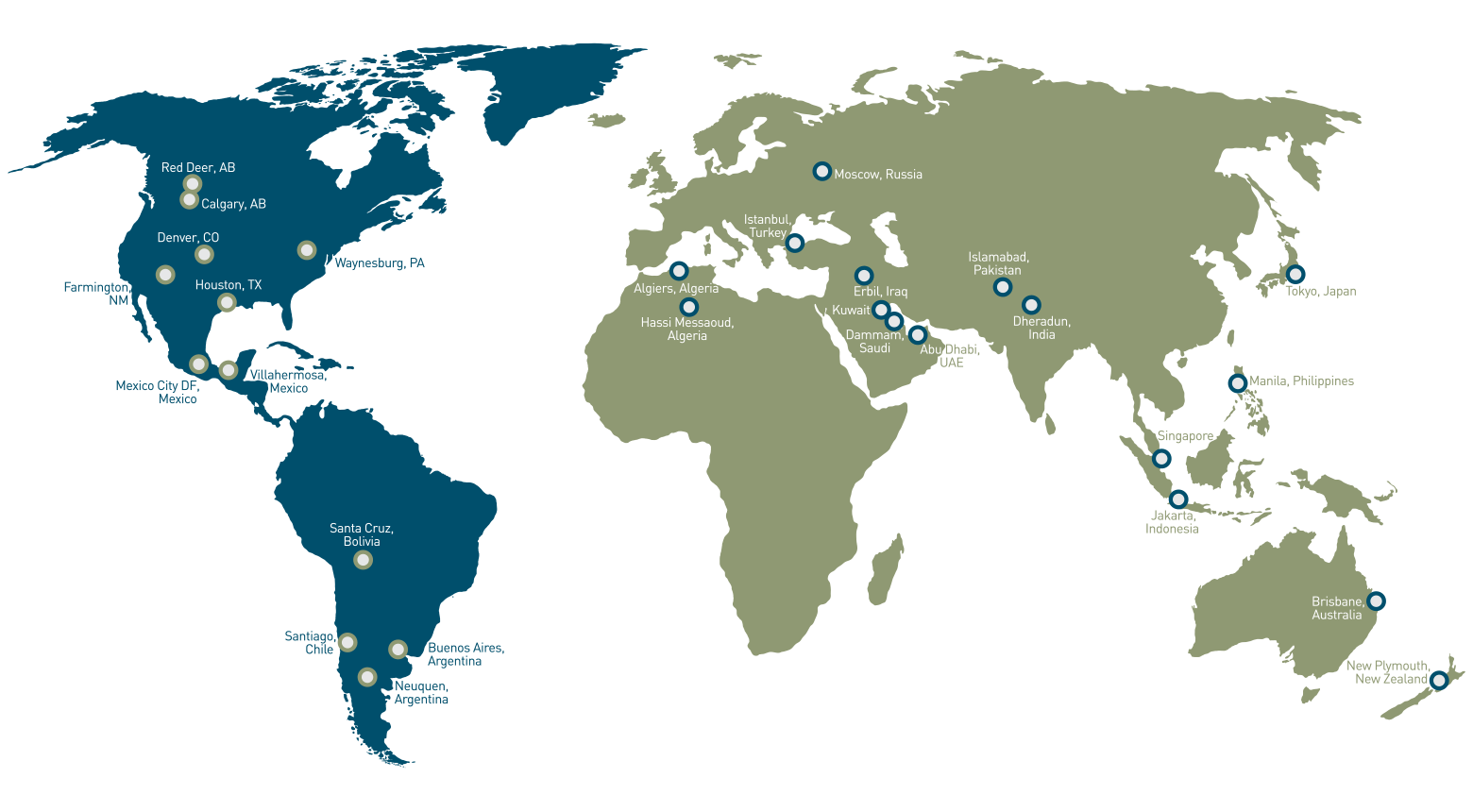 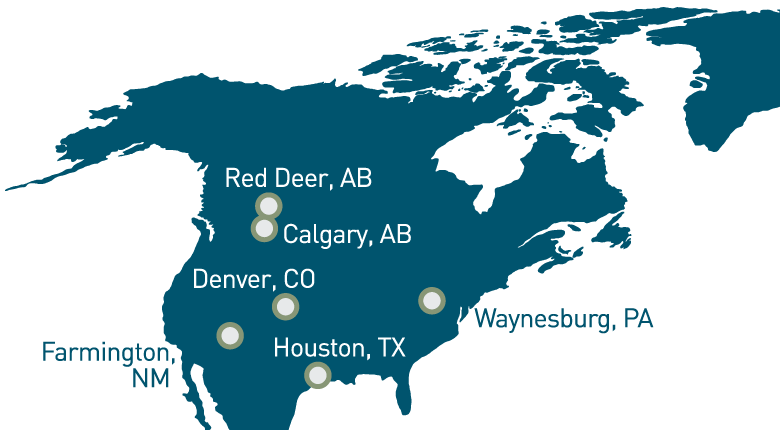 While Reform is a relatively new entity, they are a team of very experienced field hands in the underbalanced, managed pressure drilling and production testing business. The three partners came together while working for other major production testing and underbalanced drilling contractors, and even at that time were very entrepreneurial, building the profitability of for their employers, and seeing the enormous potential of MPD, UBD and PT services. Observing key areas for improvement, but without the authority to change things, the three partners left their former employers, eventually realizing that their goals and values could be better realized independently.

At Reform, they are experienced enough to know where the weaknesses are in our industry, and believe that customers deserve better. We are dedicated to raising the industry benchmark for quality, competence, and safety. That is why they called their business “Reform”.